In software development, we talk a lot about the importance of Agile and DevOps. Agile aims for rapid releases, positively encourages involvement from customers and other stakeholders and splits work into smaller iterations, releasing as soon as possible. DevOps extends it by introducing cross-functional team collaboration and automation, enabling teams to always have a stable build ready to deploy.

That’s the short version and there’s a huge range of books and frameworks out there to read so that anyone, anywhere–apparently–can just start doing it. The danger is that if you follow them too closely, processes can actually become too rigid, so you end up losing the agility you’re striving for. I always get suspicious when theories in books are read and regurgitated completely without thinking about the actual situation on the ground. I’d much rather have a conversation, write up our notes, try it out and see how it can be improved.

Clearly, I’m not saying that you shouldn’t have boundaries and rules. I worked for a company that moved from no processes at all to adopting Agile methodologies. It needed to put in place a framework to guide people in the right direction, particularly initially.

As companies mature though, they need to look at what works best for their particular situation–otherwise the danger is that common practice masks commonsense. You end up following processes, such as two-weekly reviews, that don’t necessarily match your needs–why wait two weeks for a review, for example, if something obviously needs fixing today? Where did Agile go?

What Does Agile Mean for You?

The best place to start is to define Agile for your organization. On the positive side, definitions of Agile are very broad–but the flip side of that is people get confused about what terms actually mean and whether they should be using them.

For me, Agile is about being able to change the way you work, reflect on things and continuously improve. The biggest goal is to bring in very short feedback loops and be in a position where you can do something when you get that feedback. After all, there’s no point having a quick feedback loop if you can’t adapt or react equally quickly.

I’ve deliberately kept this definition high level–it’s important not to mandate exactly how you deliver Agile. For example, we use a variation of Kanban in our team, based on the original methods adopted by Toyota, having switched from a flavor of Scrum. I’ve had people come up to me and say we’re not really doing Kanban properly, as we’re not following every step of it rigorously. That’s not an issue–we’re using it in a way that matches our needs and goals.

The Components of an Agile Philosophy

You need to move away from this and create a culture with four pillars:

Agile is at the heart of efficient, high-quality software development–just don’t risk losing its agility by following processes too slavishly and making everything you do too rigid and inflexible. 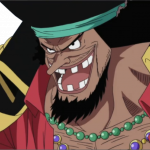